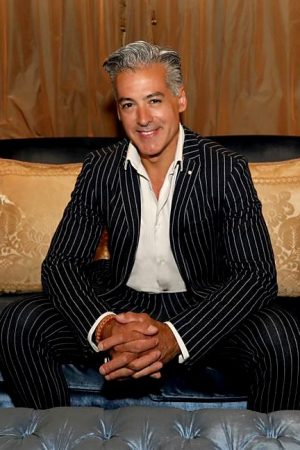 One of the most influential, courageous, and successful personalities in the modeling world – a fashion professional and founder of a successful modeling school is always stylish, in great physical shape, and seems to have it all one could wish for. “I am independent of anything – nor to the materials, nor to the emotions. Freed from it, one gets everything” – curiously smiles fashion artist.

But let’s dig deeper to find some more secrets about the enviable life of Hernando Herrera.

Being the leader and the founder of Hernando Herrera International Modeling School in Barcelona, Spain, an inspiring studio that specializes in the training of Prêt à Porter and Haute Couture models, Hernando always stays disciplined, professional and aiming for some more. Although training students and preparing them for a runway and camera fulfills his professional needs, he constantly travels and teaches students abroad as well – in Europe or Latin America regions.

He works with both the beginners in the fashion and modeling world and with world-class fashion designers. Pierre Cardin, Giorgio Armani, Lorenzo Quinn, Winnie Harlow – these are a few of many famous names Hernando has worked with as a model and later as their models’ mentor. 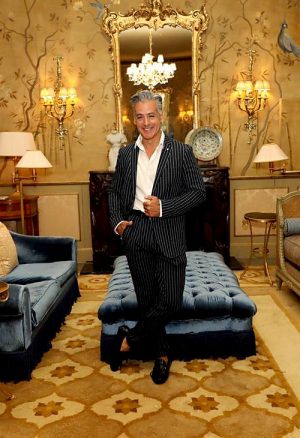 Yet, asked about his achievements Hernando does not boast of collaborations with most famous designers or many awards he has won in the field of fashion. The success of his students is the greatest proof of his hard work. It gives true professional joy and satisfaction.

“What can be better than seeing my students’ faces in Vogue magazine or on a world-class advertisement poster? Each of them has a touch of Hernando Herrera fashion perception and it proves to me every time that I have helped ones’ dream come true.”

Hernando has a fundamental relation to fashion and it adds a lot of charm to his life. Regular sports, perfectly balanced food, and enough hours of sleep are also a piece of it, as Hernando assumes that these essentials must be on top for every self-caring woman or man.

But, above it all, the ability to stay relaxed is a must for happy Hernando’s days. His essence of life is to make it simple and avoid any frustrating attachments to things or emotions. Considered that tomorrow does not exist and yesterday stays in the past, do we have any other choice than to live in the present?

“Anyhow, it is easy for me, but it might be very difficult for others.” – smiles Hernando, with the same curiosity in his eyes.